Home » Warhammer 40,000: Darktide’s beta has been updated to introduce crafting

Warhammer 40,000: Darktide’s beta has been updated to introduce crafting 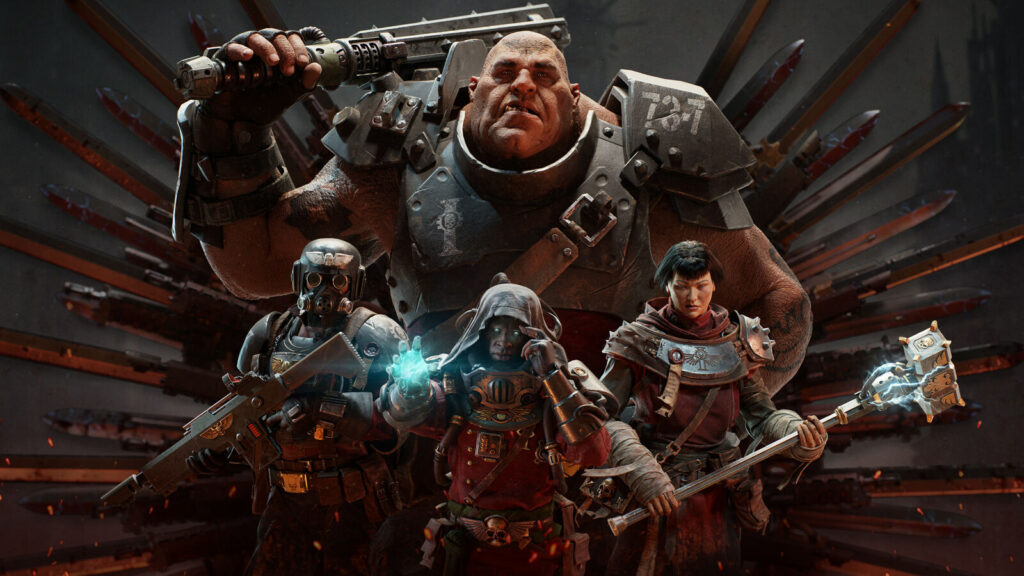 Warhammer 40,000: Darktide isn’t out until November 30th – unless you pre-ordered it, in which case it’s playable in beta right now. This also means that it’s already being regularly patched and expanded with new features. Today’s update, version 1.0.8, introduced “the first element of the crafting system” as well as new cosmetics.

“The first batch of character and weapons cosmetics are now available in the Armoury Exchange. Expect a small variety of items (e.g., upper and lower body, head slots, and weapons) with access to more items growing as a player’s level progresses,” says the post announcing the changes.

As of this update, you can now earn crafting materials via missions, including common Plasteel and rarer Diamantine. If you collect a crafting item during a match, the whole team gains them equally. You can then use the newly added Consecreation ability to use the crafting materials to upgrade the tier of a weapon or curio you’ve unlocked. “As the item’s Tier is upgraded, a random Perk or Blessing will be added, depending on the Tier it has been upgraded to,” says the announcement post.

I’m looking forward to playing Darktide, because I want to create a prison reject and then smash monsters to bits with pals. Some of my enthusiasm is dulled by talk of progression systems and crafting and unlock tiers, however. I’m no longer in a place in my life where I’m going to invest a lot of time in an upgrade tree.

Not that it’s stopping lots of other people. Even in this pre-order beta phase, Darktide has 58,000 concurrent players on Steam at the time of writing.

The latest Darktide update also aims to fix some of the stability issues that have been plaguing the beta so far. Fatshark say they “have made progress”, but that there are “still a few pesky issues” they’re working on addressing ahead of launch on November 30th.