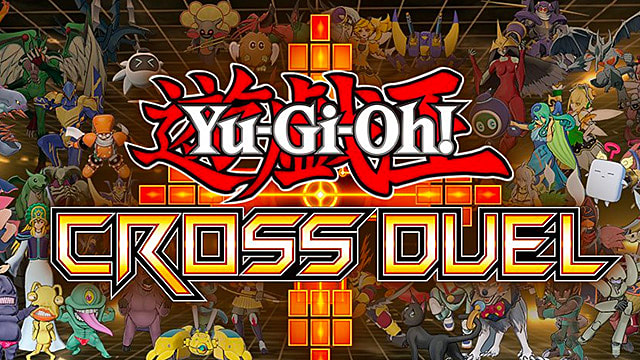 Yu-Gi-Oh! Cross Duel combines some old and familiar elements with innovative mechanics, including Ace cards that always appear in your opening hand.

Our tier list guide will provide you with the best Ace cards in Yu-Gi-Oh! Cross Duel. The cards below are current meta-breakers that have already shown spectacular results.

The current indisputable leader of the Yu-Gi-Oh! Cross Duel meta is Z-Metal Tank.

This Ace monster has three effects that trigger upon summoning, including automatic gain of 200 ATK and 200 DEF, as well as one random skill.

If you activate its Cohesion effect, you gain the same stat bonuses. For each of your summoned monsters, and if you’re fight a Raid boss, then your ATK increases by another 500 points.

But the main selling point is, of course, immunity to destruction effects, which can be a big problem for your opponents.

This dark spellcaster has similar stat gain when summoned as Z-Metal Tank, but in addition to that, all other monsters that you’ve summoned also get 200 ATK.

There is also a neat synergy with spell cards. Wherever you activate one, you gain another 300 ATK and 300 DEF, but only on your Ace monster.

Lastly, Gagaga Magician has immunity to Negation effects. If it gets destroyed, then it returns to your hand with Negation effect applied to all of its skills.

Pendulum cards are definitely very powerful, and this Ace dragon is no exception, as it can use Pendulum Scale to grant 800 ATK and 800 DEF bonus to all of your summoned monsters with the help of its special skill.

It also has immunity to various bounce effects that would return it to your hand, which can be really annoying for your opponents.

If you play it in Raid mode, then you can play Odd-Eyes Pendulum Dragon without any summon materials.

Many Yu-Gi-Oh! Cross Duel players love this card for a simple reason that on summon it destroys any other enemy monster. It’s super efficient and simple, which makes him a definite favorite of so many players.

This light dragon also has the Crusher ability, which inflicts damage not only to monsters, but also to their controller, once that monster has been destroyed. It’s like hitting two birds with one stone.

Also, Raid players will be surprised to see this dragon gain extra 2,000 ATK and 2,000 DEF upon summoning.

Neos is a powerful warrior that has solid protection from the destruction effects. It’s not immune like Z-Metal Tank, but instead of going to the graveyard, it returns to your hand.

At the same time, Neos gains Speedy Summon effect, which allows you to summon him again from your hand using one less summoning material. But there is a catch: in the process he loses 1,000 ATK and 1,000 Def. Which is still better than to just outright lose one of your most important cards in the game.

Firewall Dragon is a rather successful amalgamation of several other dragons. For example, it has the same Crusher ability as Blue-Eyes White Dragon, and the same immunity to bounce effects like Odd-Eyes Pendulum Dragon.

But what sets Firewall Dragon apart from the rest is the fact that it’s a LINK monster, which makes him synergistic with other LINK monsters.

Once you summon Firewall Dragon, it gains one of the following attributes, depending on the amount of other LINK monsters on the field or in your graveyard:

Dragias is the only other Ace monster on our list that has immunity to destruction effects besides Z-Metal Tank.

Though its ability to buff your other monsters is useful, it is a bit lackluster.

His Intimidate effect can be quite interesting to many players who like to play mind-games with their opponents. This skill forces an enemy monster to switch from its attacking position to defensive one. This may not seem as much, but definitely interesting!