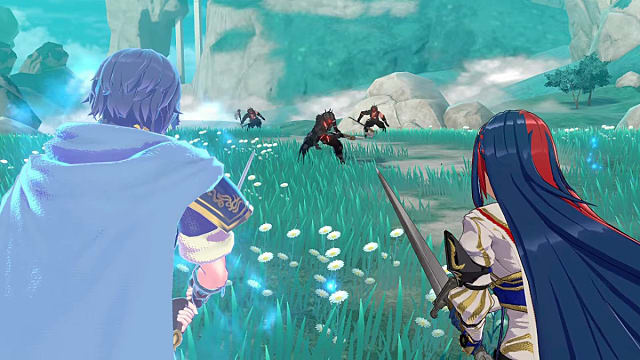 Much like previous entries in the series, Fire Emblem Engage has three difficulty modes to choose from, making battles easier or harder based on your preference and experience with turn-based combat. This guide explains what each setting means and tells you how to change the difficulty once you set it.

What Difficulty Should I Play Fire Emblem Engage On?

The answer to that question is that it’s up to you which difficulty you play Fire Emblem Engage on. Sure, that’s a bit of an evasive answer, but it’s true. Ultimately, playing any game is meant to be fun, and if you’re not having fun, what’s the point?

With that said, it may be better to start on Hard instead of Normal, regardless of your experience with the series, genre, or general combat mechanics. I’ll get to why in just a second, but first, let’s look at how each difficulty is described.

Note that each level has more enemies that take less damage but deal more pain. Foes also move more quickly, overwhelming your characters in a heartbeat; whereas the Chapter 3 battle on Normal sees the flying enemies move slightly only after several turns, they converged on me and pincered my characters after the first turn on Maddening.

What’s more, battles will typically take longer to complete and require more strategy and the use of bonds and special attacks. It’s likely you will need to be very patient to survive some of these encounters.

Can You Change the Difficulty in Fire Emblem Engage?

Remember when I said you may want to play the game on a higher difficulty setting than you think? That’s because you can only lower the difficulty setting by interacting with the bed in your room. You can’t raise it. If you begin Fire Emblem Engage on Normal, for example, and find that the combat is too easy, you’ll be forced to start a new game to raise it. There is no way to change the mode from Casual to Classic or the other way around, either.